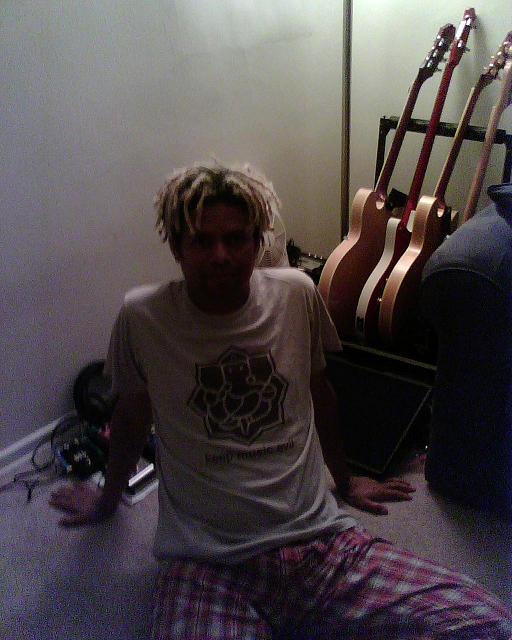 Well, I finally had a proper day off from work but still didn’t feel for a lie in and so there I was, having Cinnamon and Raisin English muffins and tea, while Hannah got ready for work. She usually has the Bedroom tv and the living room tv blaring and since one is slightly delayed than the other, it kind of sounds like Jane’s Addiction with all that echo happening.

So, spent most of the morning going through proofs and changes and wot nots that Dave Chapple was winding down to have our Best Of CD ready for pressing, with a super cool booklet. Dave also designed and sorted out the Flyers for the September 16th gig AS WELL AS A very cool tour poster that i can’t yet reveal but it is truly nice and we had a very limited number printed up. 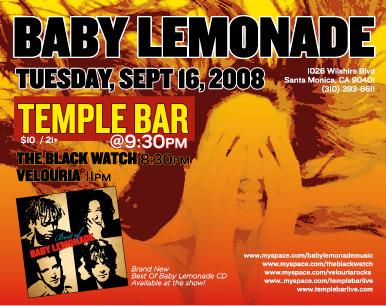 So after I dropped Hannah off at work I came home and played some guitar and worked on some parts (particularly Baby Lemonade’s Tailor In The Making and Love’s Orange Skies), as I want the guitar to sound great and I want my playing better than ever. So my fingers are blistered, for real!

At about 11am I drove up to Lake Hollywood, where my buddy (BJM Guitarist/ Keyboardist) Rob lives and where the Brian Jonestown Massacre record and hang out. I hung out for a bit and then I split, as I was meeting Diane Lee for lunch at Art’s Deli in Studio City, where the weather was very nice, sunny and breezy.

I’d never been to Art’s Deli but Diane said it was great and she was spot on, it was really good. She said celebs go there a lot and wow there you are, Ralph Malph from Happy Days was eating in the booth behind us! We finished Lunch about 2pm and I drove over Laurel Canyon and I passed Lookout Mountain where I think Arthur used to own a house in the late 60’s.

Got back home around 3pm and stopped by Ralph’s market for some stuff. went home and played guitar loads more. Also tweaked some pedals. Went to the library as well to get a new library card. Later that night i had my BJM “Keep Music Evil” tee on with my PJays when Hannah took my picture. A nice end to an interesting day…