What I remember most about this show was how sad it was to leave Madrid and then to fly into Edinburgh and have it rain down on us! Ok, I’m being harsh, but it was tough to leave sunny Spain! But the show was packed and a couple of Teenage Fanclub guys drove over from Glasgow to see the show, as well as a few of the Belle and Sebastian guys, who also loaned us drums and amps for both Scottish shows.

The gig was fun and I also met Paul Barr at this one but would really swing with him on the following night in Glasgow! Now, to be honest, I expected the Scots to just be wilder than wild, the way they were talking on the message board (they did redeem themselves at the Liquid Room on Aug 23!). But they were just having a good time and ain’t nothing wrong with that, right? So then it was on to Glasgow…

With the rain coming down harder than ever, and the club too close for a taxi, yet too far to walk (in rain), we had to “weather” this problem and bite the bullet. lots of water in the shoes, grey clouds and the like. But the show was ABSOLUTE fun and it was cool to see so many people packed in such a small club (i think it held 350?). Before the show, Rusty and I hung out with Norman (and his wife) and Gerald, from Teenage Fanclub and TFC drummer, Francis, took us all to the popular Scottish hangout, NICE N SLEAZY, for a truly “proper” round of pints. Can’t say enough about the genius of Francis Mac Donald, who, by the way, wrote that TFC song, “Planets.”

After the show, hung out with Paul Barr and his unbelievably drunk Scottish friends who somehow got the SINGER to hang out with them for a spell. (This is typical of The British Empire…people who are capable of killing you with their kindness…as opposed to the state of Texas, who are just capable of KILLING YOU.)

So, afterward, we were swamped with fans and they tried to stop the SINGER’S taxi…I had to promise a guy a t-shirt to leave us alone. he did e-mail me months later, asking for the t-shirt. He didn’t include an address and never mailed me back! Damn Scotsman! 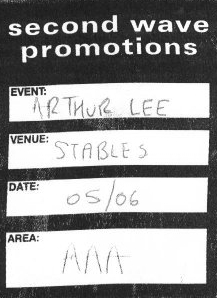 You ever smell Milton Keynes? Listen, they don’t call this venue the “Stables” fer nuthin…Ok, and I know I come down hard on MK a lot…but this city is a dump. And, after a night’s worth of drinking, how can an MK resident even tell which crib is his own? I mean, they all bloody look alike, now don’t they? But let’s go a step further; how do they even know their kids are their own? Someone could stumble after one of those world cup games where England gives their supporters the impression they give a fuck and win a few important games (before they lie down like sheep to the slaughter…ouch! cruel!)…and one could end their stumbling in someone else’s bed (that ever happen to you?)…and BAM, yer wife’s pregnant and you ‘aven’t even “done it” since xmas. But you go on like nothing’s changed. Tha’s life in Milton K, I would think.

But I also recall it as being a fun show and Stew was BRILLIANT, trying his best to offend the crowd. i guess Stew didn’t realize you can’t offend the British. The brits will laugh at anything a yankee throws at them. Someone once asked a Brit why America had so many Detective shows. the brit said,”because Yankee criminals work 24/7″ Amen. God save MK. 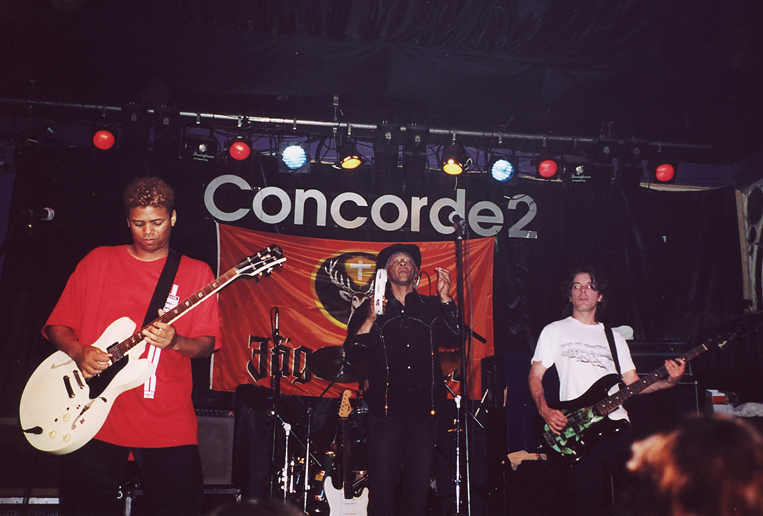 This being our 5th show in 6 days, in 5 cities and in 3 countries, one would think we would be a bit knackered. Au Contraire! This Brighton show was tops. Even with the rain all day, this city has got to be the most romantic-looking British city ever. There was a huge Ferris wheel outside my hotel window and the beach and the city was sprawling with cute girls and drunk gentlemen.

This is the show that Jeff Tice gave me a couple of ENGLAND football shirts to wear onstage and, low and behold, England beats its nemesis, Argentina, the very next day! So you all have Jeff to thank!

That show has some funny things afterward like Chaple and me signing girls Knickers…that was a first(and last!) I stayed afterward and partied with the club’s sound people and staff. I later walked on the beach, alone, back to my hotel. I heard footsteps behind me; I was being followed! it turned out to be 4 drunk fans-2 blokes and 2 birds-and they walked me back to safety.

All n all, it was such a pleasant time in Brighton. Too bad it rains, for I know this is a brilliant place with nice weather. And you gotta love a place that has brothels advertising “Student Discounts 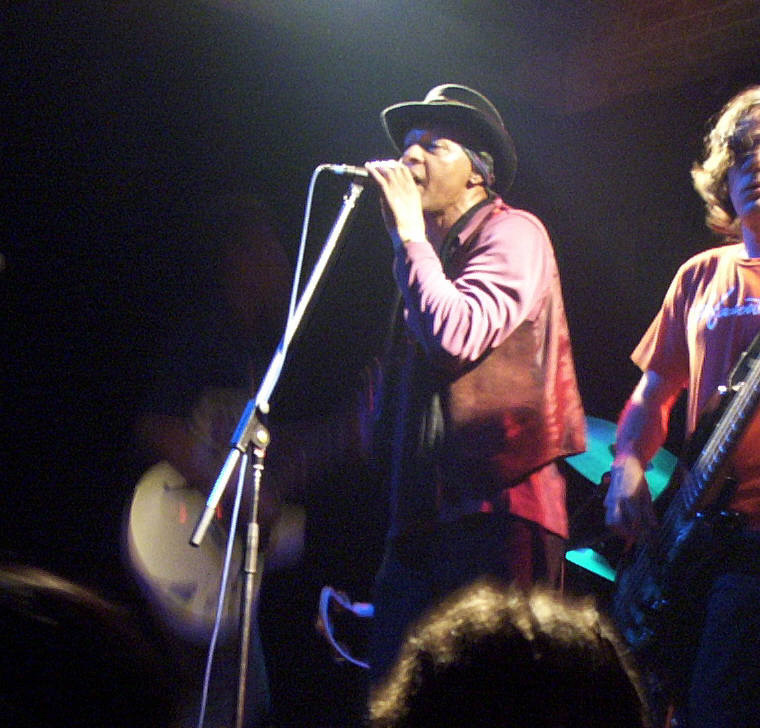 I remember Mick (our merch guy/driver) having a devil of a time finding this place! But once we found it, it was a nice cozy lil joint with a balcony even! LOVE fan, Aynsley Adams, even baked us something delicious before the show! This is also the show Brian Wilson’s trumpet player, Probyn Gregory, sat in with us on a few tunes.

This was certainly a fun show and I remember having way too many pints plus this one fan kept trying to get in (opening act bassist) Heidi’s knickers and I kept telling the old boy that she was spoken for, considering that Stew’s her beau. But the dude was lit up like a Xmas tree…no talking to blokes like that…