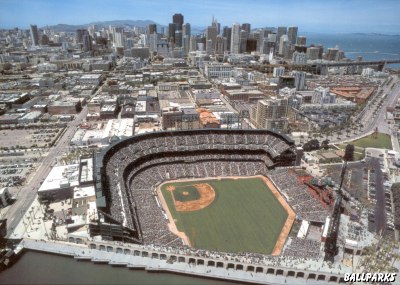 Had lunch/beers with my friends today at “pier 23 cafe”…had been dying for a cheeseburger…also had some yummer shrimp quesadilla for appetizers…. after that, we walked to PAC BELL park where the Giants were beating the Brewers 4-0 and we walked right thru to watch the last inning of the game (they had stopped taking tix at that point) and I have to say it’s a great ballpark. One of my friends, Debbie, took a pix of me in from of (Giant great) Will Mays’ statue, which sits right out front. 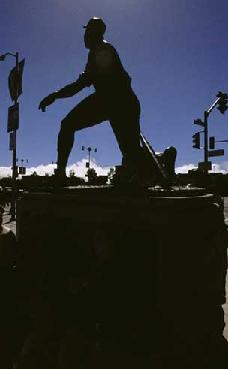 Rusty went boating out with the Swedes so he missed the ballpark adventure but from what he told me via cell phone, they were all having a great time. Bumped into Pete (our sound guy) on the street on my way back to the hotel (about 4;30pm)…he’d just had a Schwarma for lunch. Talked about what we might do later tonight. Also got a phone call and spoke to our special guest for the Chicago show. I would say who it is but it’s a secret.