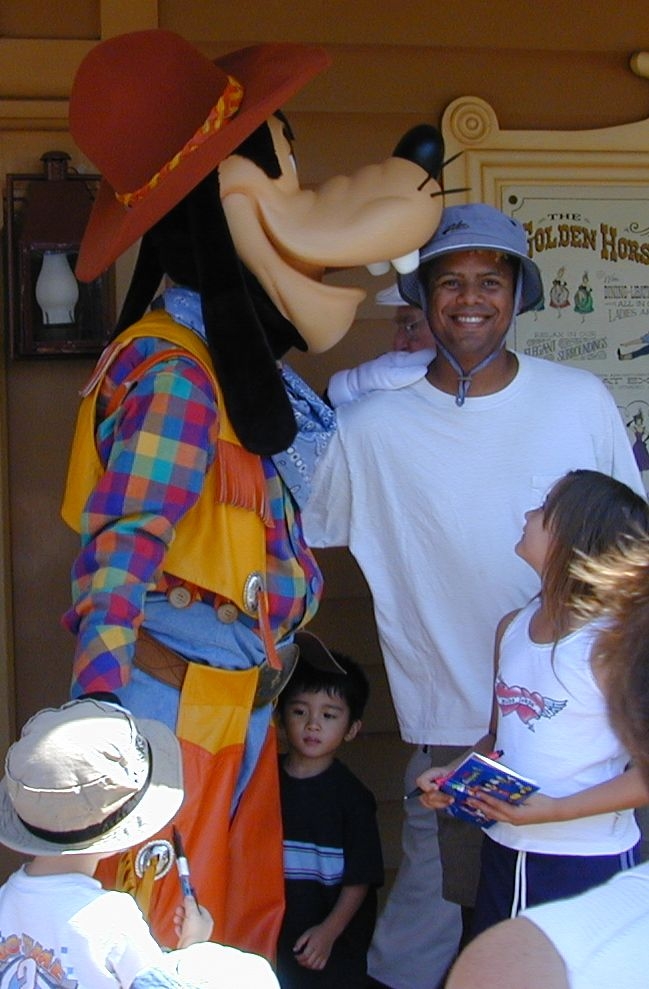 Now, I don’t know if wrote about this stuff a few weeeks ago; forgive me if I’m repeating myself (although I don’t think I am…wow, that was deja vu!) Now where was I? Oh yes, ok, a few weeks ago I took my son (who’s almost 3 1/2) to the Devil’s Lair, aka DISNEYLAND. Now, it was about 90F down in Anaheim and there really isn’t much to do in Anaheim other than go to Disneyland, the Spearmint Rhino or see an Angel’s baseball game. But my kid loves the place so, against my better judgment, I took the little brat.

Now, someone recently told me that they heard little kids were being bid upon on eBay and I found that hard to believe, but of course, I resisted the temptation to put Julian on eBay. I mean, how could I do that to the little tyke? Although it would have got me out of the Disneyland deal. But his mom usually takes him by herself and now that I’m not on the road, I am required by law to perform Fatherhood duties, also known as SUFFERING in some circles.

So, we do that 60 min drive down the “5” highway and go inside the famous theme park. But it’s 10 am and none of the good stuff opens until 11am. So, I ask myself, why is the damn thing open? So I decide to get a corndog. Anyone who’s never had a Disneyland corndog doesn’t know what it means to live. When I was a kid, I HAD to have one. So I get in line and then I see the price and IMMEDIATELY jump out of line; $5.95 for ONE corndog. That’s highway robbery!

So the whole day is just really dull and hot and even Julian starts to think it’s a rip-off. Sometimes people don’t realize how men suffer for children. The prices are beyond ridiculous, there are lines for everything and the whole park is disorganized. Plus, they’re searching for your bag every 15 min., as if Al Queda could afford to come to Disneyland. Then, just when I’d HAD it up to hear with all the B.S. from the “Happiest Place on Earth” I saw GOOFY walking by the hamburger stand, where I’d just donated $20 for 2 burgers. I couldn’t believe it, as Goofy was always my favorite and here he was, right in front of me! I could hardly contain my excitement. In the end, I got to say hi to Goofy and got my picture taken with him, which made it all worth it. And I only had to knock 4 kids out of my way to get to him.