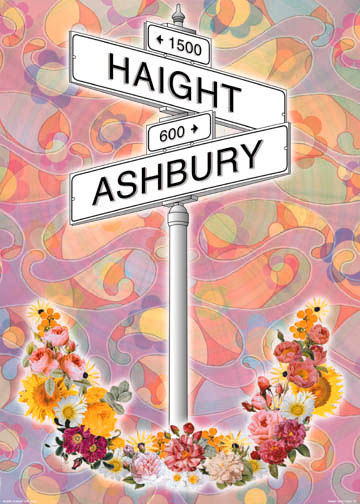 What can you say about Bay Area fans (some of which drove over an hour to the Cafe Du Nord) except they are the sweetest and most honest music lovers around? After the 2nd show, some of us headed to the LUCKY 13 pub on Market street and drank till 2am. That was fun and Hannah, her mate (from London, Laura), me and these two really nice fans were drinking and chatting away the time. I love San Francisco. The night before I was speaking with Mike Aquisto (from Sac Town) and he’d given me a cool Funkadelic CD. THANKS Mike, it’s great. We were supposed to meet at an irish pub on thursday afternoon but i wound up shopping with Hannah and her mate on Haight street, which was really a fun time. Hannah found a very cute skirt for $10! Can you believe that? Then we hopped the bus and took it to Union Square then walked to the Bank of America building and went to the 52nd floor and had margharitas with a city view! then we walked to Chinatown and went to absolutel the best friggin chinese resteraunt ever. it’s on Kearny, just before Columbus. it’s called NANKING and it’s very reasonable. As a matter of fact, they give you 3 times more food than you can eat! from there, Laura walked home (she lives in North Beach) and we taxi’d back to the Hotel. Watched a documentary on Clown gangs called RIZE and now it’s a movie and i totally want to see it. (i know what yer thinkin, that i know a thing or two about clowns but i won’t even go there…)

So that was our little trip to SF. Good food and great fans. Oh, and we did a uptempto blues jam where Johnny gets to rip it up. look for that a few more times on the UK tour. Shit, REQUEST IT. It’s just amazing how good he is and how he can run circles around just about anybody when it comes to the blues. He heck of runs em around me! But i aint complaining….i’m LEARNING! We love playing with Johnny and i am dying to hear teh stuff he’s had in the can since the 60’s, the Gethsemne recordings. wow man, the future looks bright when i think about that stuff and i try to remain positive and i will simply roll with the changes. With wonderful LOVE supporters in the USA, CANADA, UK and Aussieland, anything is posibble. Love to all,