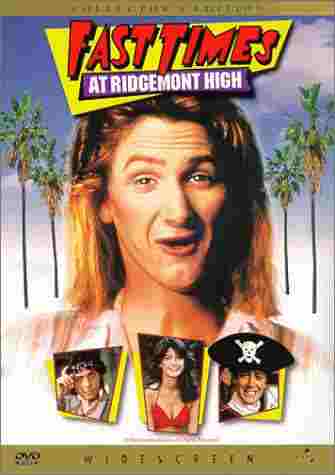 That’s right, bye bye website. That also means bye bye mikerandle@mikerandle.com Most people have my other 2 email addresses so simply use those to get in touch. Sorry if I haven’t answered the Travesongs email addresses yet. From the Subjects, I can tell they are from concert goers from that July UK/Euro tour and/or fans sending the warmest of encouragements. Thank you and I promise to eventually get to them but there are many many emails. Just goes to show you, most Love fans aren’t Idol worshippers but are in fact fans of the music and of the records.

Julian was being a very good fellow yesterday (he always is but this day he was especially on the ball), as he helped me clean up. He wiped the tables and countertops, as well as the oven top. He also cleaned his cereal bowl and glass that he had juice in. So, as promised, I took him for an ice cream down by the beach.

So here we are walking and he’s going at that big ol cone with a gigantic scoop and these girls rollerskate by and make comments like, “Oooh…can I have a lick?” or “I want some!” and this guy who was riding his bike behind us had this look on his face and i somehow knew, If were to go down to the beach today i might see him down there with an ice cream cone too.

We caught the sun set, which sets -what looks like – the north but see, santa monica is a south beach so that’s why. and as it gets closer to fall and winter the sun ought to set more over the wide ocean, but for now it disappears behind the Topanga and Malibu Mtns. And nothing beats a beautiful full moon that’s on the horizon late at night. It lights up the beach and leaves a beautiful eerie white streak in the calm pacific waters.

My next door neighbor, Leigh, surfs most mornings before work and he’s been quite happy with the surf of late. Appearently the water temp. has been around 69F (warm for our beach) and the waves have been ‘righteous’, as the surfer talk goes. And if you ever want to feel like you are not even hearing english simply visit Zboard surf shoppe on Ocean Park and Main Street (The New Guy’s Shoppe is 50 meters south) and listen to the customers and the employees talk. it’s amazing and i’m surprised some University doesn’t teach a class on it. i was there last summer to buy some sandals. Here’s what I encountered…

“Braw, County line was way proper, breakfast waves, so sahWeet. Got gnarly later on, some Vals from K.D. sliced the action so we bailed down to the shack, saw some righteous betties from Ellum Poo but they were Soooo not down, dude.”

“Surf Brother of mine, the popular surf spot near the Ventura/Los Angeles County border experienced some rather large Ocean Waves early this morning, which was quite a pleasant thing. Unfortunately, as time went on some citizens from the San Fernando Valley, via the Kanan-Dune Pass, crowded the water so my friends and I went to Shack Burgers in Playa Del Rey, where we saw some very attractive students from Loyola Maramount University (LMU) but we didn’t bother communicating with them, as they seemed distracted by their studies.”

So, as you see it’s really just a matter of paying attention to the lingo and getting it down. On to other things….I am trying to get a few of the merchants on Main Street to sponsor my idea for a contest. What I am thinking is like a $20 gift certificate at either Joe’s Diner or Rick’s Tavern (aka, THE TAVERN) See, there’s a homeless guy (and if anyone reading this knows the spot they may even know what i’m talking about) who looks a mess, with the eternal snot nose and humugous buckteeth. All he ever says, all day, all night is,”SPARE SOME CHANGE?” But he says it in this ‘Amos & Andy voice” that’s hilarious. So when he says it, it really sounds like this:

When you quiz anyone who works at the Tavern or the Coffee Bean Cafe for their immitation, almost every has the perfect Spessumchaaainj. Now, you can ask this guy anthing. Excuse me, what time is it? SpessumChaaainj How are you doing, by the way? SpessumChaaainj. is it hot out here or is it me? SpessumChaaainj.

you could even ask him if he wants some change. He won’t say ‘Yes’ or ‘No.’ Only…SpessumChaaainj. Hey, are you hungry? SpessumChaaainj. Not even a question. Just a statement. So I want to film a bunch of people trying to do their best impersonation of SpessumChaaainjGuy (as he’s called), view the results and hand the winner over their prize. So i’ll keep you posted on how that goes. For now, Surf’s Up.